Share a memory
Obituary & Services
Tribute Wall
Read more about the life story of Barbara and share your memory.

Barbara Kay Allison, 79, of Apollo, passed away January 12, 2023, at her home in Apollo surrounded by family and friends. Born October 13, 1943, in Martins Ferry, Ohio, daughter of the late Ralph and Esther Joseph Atchison, she married John Baxter Allison June 18, 1966 at the United Presbyterian Church in Freeport, Pennsylvania.  The couple celebrated 56 years of marriage last year.  Barbara graduated from Freeport High School in 1961 and from Geneva College in Beaver Falls, Pennsylvania in 1965 with a BA degree in French where she was listed in Who’s Who in American Colleges & Universities.  In a junior-year-abroad program sponsored by the Presbyterian Church, she attended the University of Grenoble in France when travel was by steam ship and communication by surface mail with absolutely no budget for trans-Atlantic phone calls.

Following her marriage to John, the couple first lived in Seattle where they arrived by train before driving back across the continent in their 13-year-old Chevy to John’s new assignment at the US Coast Guard Academy in Groton, Connecticut where Barbara taught high school French.  The couple then moved to Scenery Hill, Pennsylvania where their daughter was born and then on to Easton which saw the birth of their two sons before moving to their current address in Washington Township, Westmoreland County, Pennsylvania.  Barbara was a leader in La Leche League groups both in Easton and in Washington Township, actively participated in the local PTA’s, cross country boosters, wrestling boosters and band boosters in the Kiski Area School District, was a Cub Scout den mother for Troop 500, and a volunteer in Westmoreland County 4-H for both her children and grandchildren.

After raising their children, Barbara worked as a caregiver until hired as an Administrative Assistant for SEIU 585. Barbara was a member of the First United Methodist Church of Murrysville where she taught Sunday School and sang in the choir, a Master Gardener in Westmoreland County, a member of the board of Kiski Valley Habitat for Humanity, and a member of the Colonel William Wallace Chapter of the Daughters of the American Revolution.  She was an avid gardener, keeper of diaries, collector of family memorabilia, creator of numerous counted-cross-stitch projects, world traveler, and a wonderful cook. Barbara is survived by her husband, John B. Allison; three children, Liane Beth (Michael) Amorino, Samuel Baxter Allison, and Benjamin Coulter Allison (Kristen Magee); two grandchildren, Naarah and Nathan Amorino; a sister, Linda (James) White and a niece, Jessica White.

Visitation will be from noon to 2:00 and 4:00 to 6:00 Sunday at Hart Funeral Home, Inc. 3103 Lillian Avenue, Murrysville. A Funeral Service will be held 11:00 Monday at the First United Methodist Church of Murrysville. Interment will follow at Twin Valley Memorial Park, Delmont. www.hartfuneralhomeinc.com. 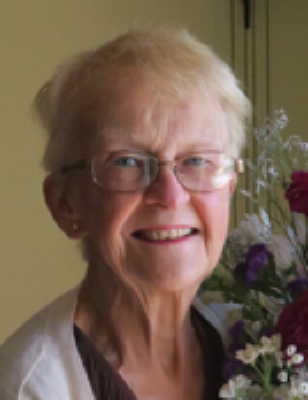